On February 9, 1781, Alexander Hamilton wrote to Quartermaster General Timothy Pickering to request “a couple of the best Continental horses that can be found”  because “the bad condition of my horses and the scarcity of forage in Camp induced me to leave them at Saratoga.”[1]

Wait a second! When was Alexander Hamilton in Saratoga, New York? There is no mention of Hamilton visiting Saratoga around this time in any of the Hamilton biographies.

The Papers of Alexander Hamilton footnotes Hamilton’s remark about leaving his horses in Saratoga with “H had been in upstate New York in December, 1780, for his marriage to Elizabeth Schuyler at her father’s house in Albany.”[2] That’s nice, but it doesn’t tell us when he visited Saratoga.

In fact, Hamilton may have visited Saratoga at two different times.

On November 22, 1780, Alexander Hamilton informed George Washington, “My peculiar situation will in any case call me away from the army in a few days.”[3] Hamilton was talking about his plan to go to Albany, where he would marry Elizabeth Schuyler

On November 27, 1780, Alexander Hamilton at headquarters at the Dey Mansion in Preakness, New Jersey, wrote one short letter to Timothy Pickering[4] and drafted twelve letters for Washington.[5] Hamilton would not draft another letter for Washington for more than a month.

The following day, November 28, 1780, George Washington went to Morristown, New Jersey, where he “made some necessary regulations here, and visited the Hospitals.”[6] Hamilton did not travel with Washington, evidenced by the fact that he did not draft any letters for Washington on this trip or for a month thereafter. Moreover, Morristown lies about 18 miles southwest of Preakness whereas Hamilton was planning to ride north to Albany.

It is therefore safe to assume that Hamilton left Preakness, New Jersey, for Albany on or just after November 28, 1780. From Preakness, it would have taken Hamilton 3 or 4 days to travel the approximately 140 miles to Albany, putting his arrival around December 1 or 2.

So why did Alexander Hamilton and Elizabeth Schuyler wait until December 14 to get married? Why didn’t they get married right away after Hamilton arrived?

On December 2, 1780, Philip Schuyler wrote to the President of Congress from Saratoga [Schuylerville]. 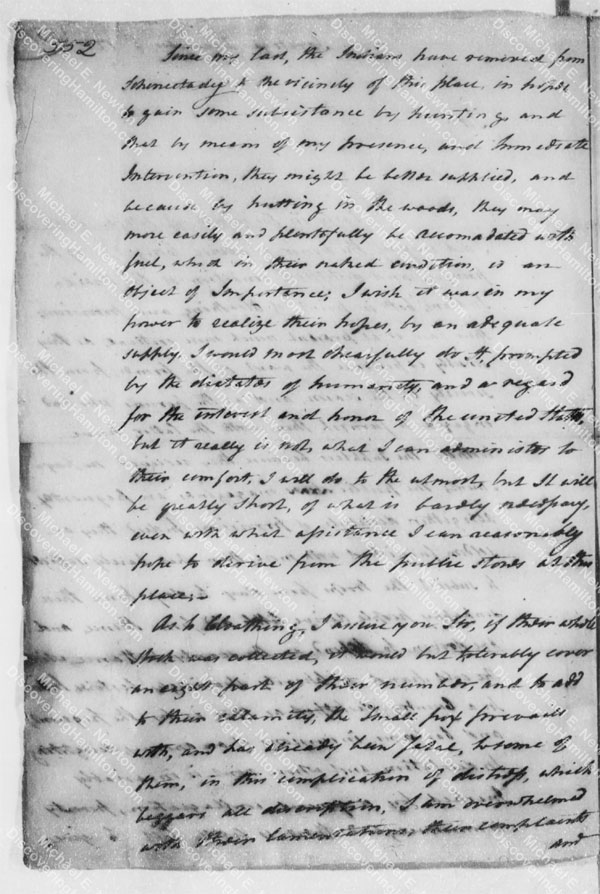 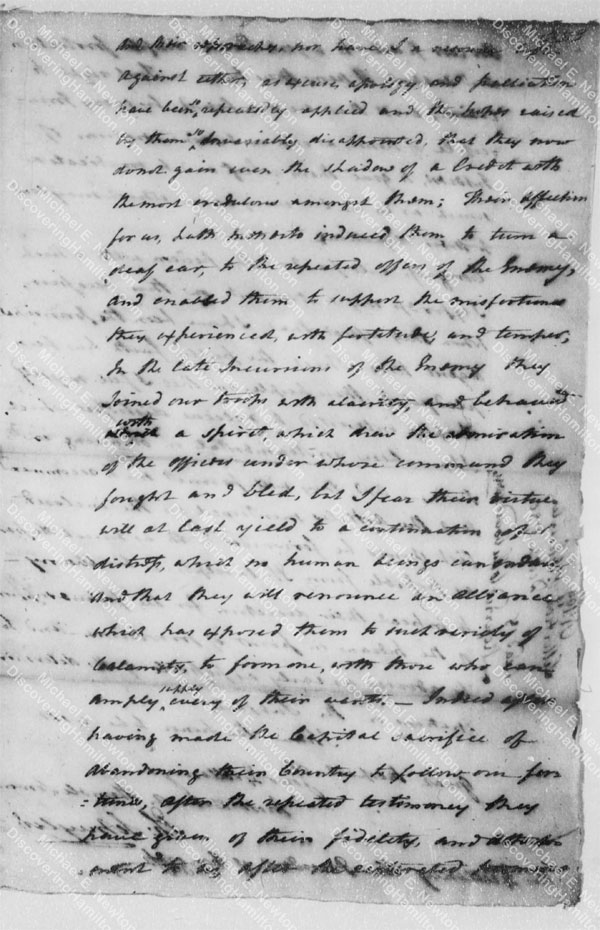 Philip Schuyler was not alone in Saratoga. A few weeks earlier, on November 12, 1780, Schuyler wrote to Hamilton from Saratoga and noted that “Mrs. Schuyler joins me in the most affectionate wishes.”[7] One assumes that she was still with her husband in Saratoga when Hamilton arrived in Albany. The lack of “wishes” from Elizabeth Schuyler indicates that she stayed behind in Albany. So when Hamilton arrived in Albany around December 1 or 2, his fiancée was there to greet him, but her parents were away and therefore the wedding had to wait.

So what did Hamilton do after arriving in Albany before his wedding?

Perhaps he sent the Schuylers a note and then waited in Albany for them to return. Alternatively, Hamilton may have taken to his horse and rode up to Saratoga to fetch his future in-laws. If so, Hamilton presumably traveled with his future in-laws back to Albany for the wedding. Perhaps Elizabeth traveled with Alexander Hamilton to Saratoga to get her parents. And perhaps this is when Hamilton left his horses “at Saratoga.”

Alexander Hamilton is next found in Fishkill on January 9.[11] Accordingly, he must have left Albany around January 7. Thus, it is possible that Alexander Hamilton, with or without his bride, traveled with Schuyler and Chastellux to Saratoga in late December. And perhaps his horses were among those who pulled the “five different sledges,” and he left his horses there because of “the bad condition of my horses and the scarcity of forage in Camp.”

Unfortunately, there is no evidence regarding which trip Hamilton may have made. It is possible that he made both. Either way, it is clear that Hamilton visited Saratoga in December 1780, a fact missing from all the Hamilton biographies.