As a young man on St. Croix, Alexander Hamilton spent about six years working for the merchant Nicholas Cruger. Except for the five-month period in late 1771 and early 1772, during which time Hamilton managed the company, little is known about what Hamilton did during the remaining five plus years working for Cruger. We have records showing Hamilton acting as a legal witness alongside his bosses Nicholas Cruger and David Beekman in April and August 1767 and there is Hamilton’s November 1769 letter to a friend complaining about “the grov’ling and condition of a clerk or the like to which my Fortune etc. condemns me.”

While these records tell us something about when Hamilton started working for Nicholas Cruger and how quickly he became a trusted clerk, they do not show the kind of work Hamilton did for his boss. Yes, we have been able to deduce some of the tasks Hamilton performed based on his later management of the company, but the certainty that comes with distinct records has been lacking.

I have recently discovered three previously unknown records showing Nicholas Cruger selling goods, primarily peas but also bread, to St. Croix’s Privy Council in 1770 and 1771. When it came time to pay, the money was “received” by Alexander Hamilton, who then signed the receipts. (Whether Hamilton went to the Privy Council’s treasurer or the money was sent to Cruger’s office is not known.)

While the original orders and receipts have not been found and probably no longer exist, the information was dutifully transcribed into St. Croix’s ledgers. Accordingly, the Hamilton signatures below are not authentic autographs. 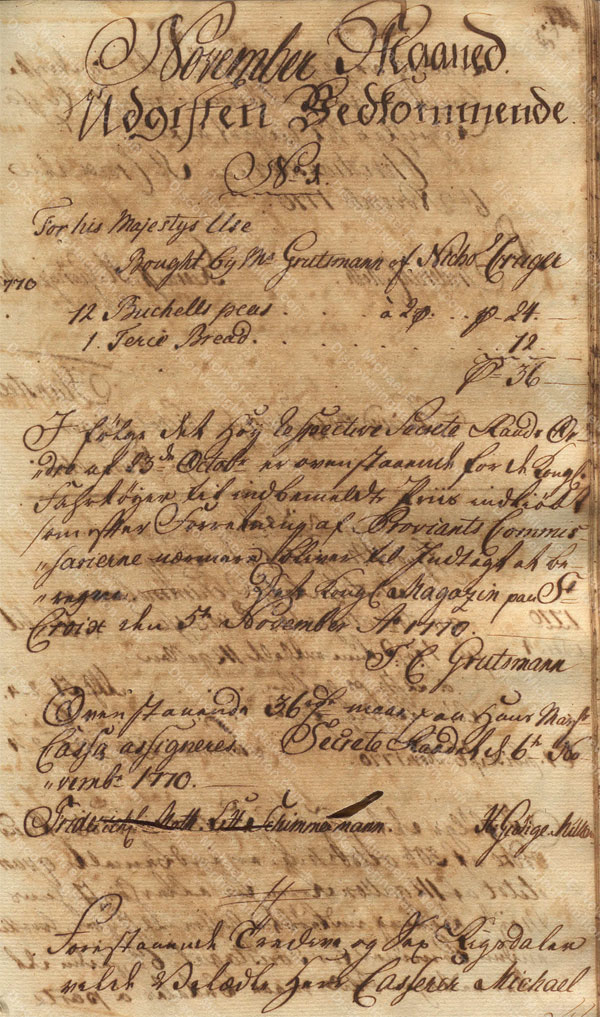 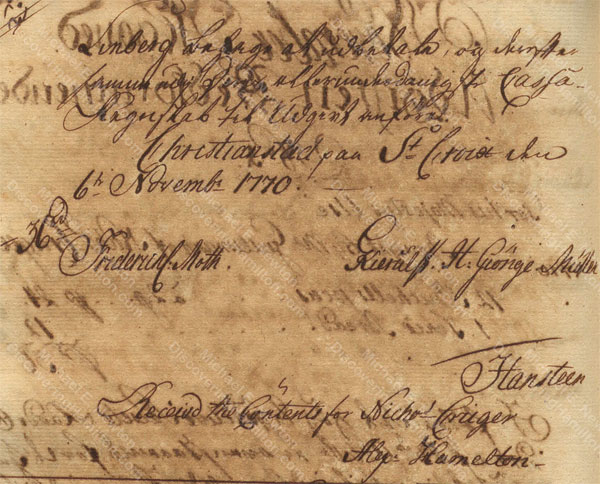 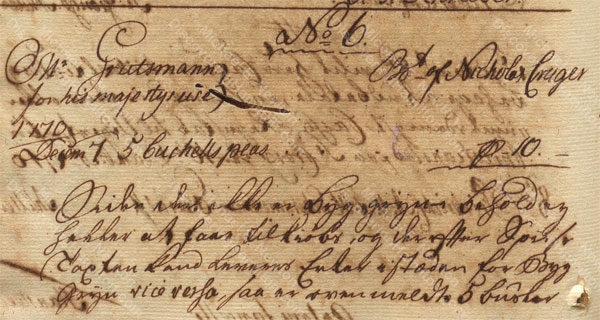 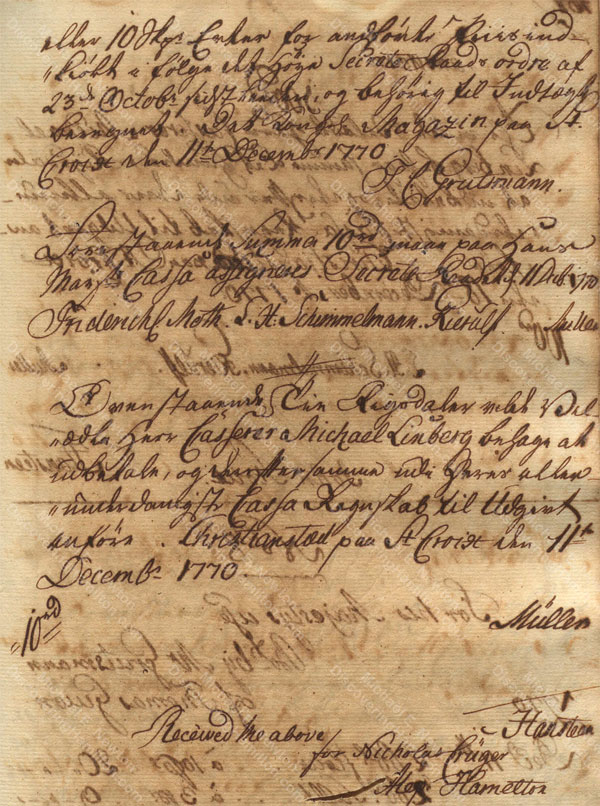 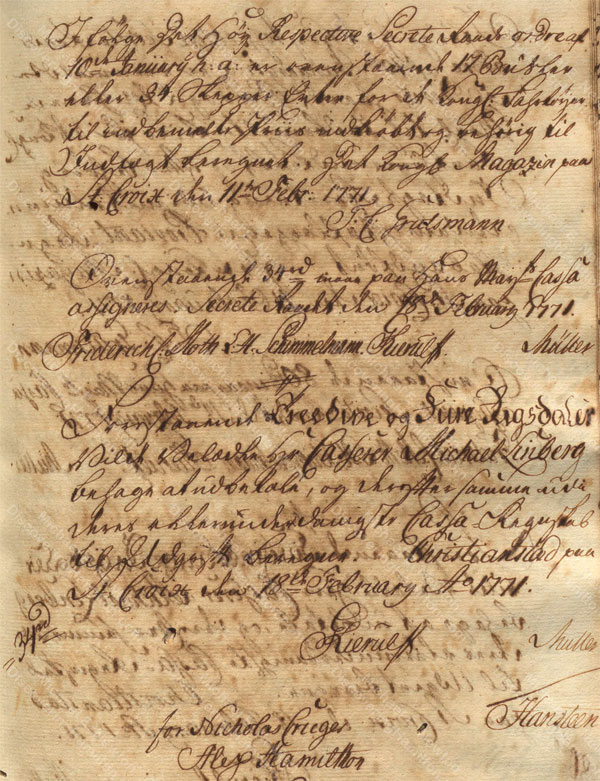 The above records show that Hamilton, just fourteen years old at the time, was more than just a clerk sitting at a desk in a back office keeping books and writing letters for his boss. Hamilton also acted as a cashier for Nicholas Cruger, collecting payments from customers.

One should not, however, read too much into these records. In receiving these payments, Hamilton likely dealt with a clerk or cashier working for St. Croix’s Privy Council. These records do not show Hamilton dealing with the Privy Council itself.

That said, it is of course possible, perhaps likely, that the members of the Privy Council knew Hamilton. Even before finding these records, I had speculated that, “through his work for Nicholas Cruger, Alexander Hamilton surely met many of St. Croix’s leading citizens.”[1] Certainly, Hamilton’s management of Nicholas Cruger’s company in late 1771 and early 1772 would have attracted attention, but it is also likely that the island’s “leading citizens,” including the members of the Privy Council, who along with the Governor General were the foremost government officials on the island, noticed the young clerk who had become Nicholas Cruger’s right-hand man.

Just as Nicholas Cruger recognized Hamilton’s talents and therefore chose him to manage his company when he left for five months, others on the island, including planters, merchants, ship captains, lawyers, and government officials, must have been similarly impressed by Cruger’s young clerk. With these newly discovered records showing some of the tasks Hamilton performed for Nicholas Cruger and establishing a connection between him and the Privy Council, one reckons that the members of the council and perhaps even the Governor General himself noticed the talents and maturity of Nicholas Cruger’s young clerk and expected great things from Alexander Hamilton.[2]

© Posted on October 29, 2018, by Michael E. Newton. Please cite this blog post when writing about these new discoveries.