In June of 1748, a slave named Mally, owned by Mary Faucett (nee Uppington), mother of Rachel Faucett and grandmother of Alexander Hamilton, was accused along with a number of other slaves of plotting to “desert” St. Croix for Puerto Rico. The plotting slaves, which also included Mally’s “man” Toby of the Downing plantation, which sat adjacent to James Lytton’s plantation, had been caught by some free blacks in a sugar cane field on the southern boundary of the Evans plantation. They had a boat in their possession, which they allegedly planned to use to effect their escape.

In front of the municipal court, Mally declared that she never planned to flee to Puerto Rico. She claimed that while she was coming from town to Downing’s plantation to see her man Toby, she met two other slaves and then the three of them were captured by some free blacks.

When confronted in court by the other accused slaves, Mally admitted that she had traveled from Downing’s plantation to Evans’s plantation with the others but denied knowing anything about the boat or going to Puerto Rico.

After hearing testimony from all the accused, the court sentenced Mally and seven other slaves to “lose a leg, which is to be cut off by the executioner with an axe,” which the court declared to be a “well-deserved punishment to themselves and as a frightful example to other wicked negroes.” Another accused slave was “sentenced to be whipped beneath the gallows…150 strokes, and branded…on the forehead.”

As for Mary Faucett and the other slaveowners, “the masters of these aforementioned slaves will have their value replaced at the country’s expense…and after being cured of the injury inflicted by their punishment, the slaves will be sold off for the country’s benefit at public auction.”

In addition, the slaves who had stolen the boat, who allegedly were two slaves belonging to the Evans family, remained outstanding and subject to punishment if identified. One of the attempted escapees also claimed that all of Evans’s slaves were planning to flee to Puerto Rico (the matrikels show there were probably between 24 and 29 slaves on the Evans plantation), but the court did not pursue legal action against them. 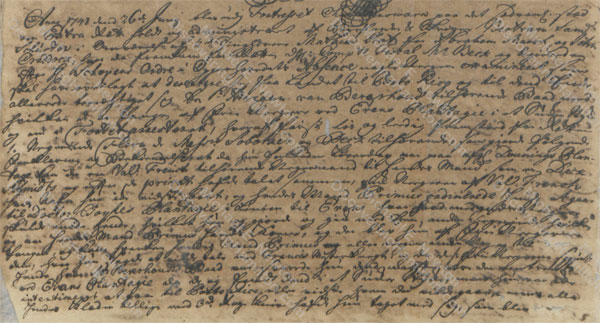 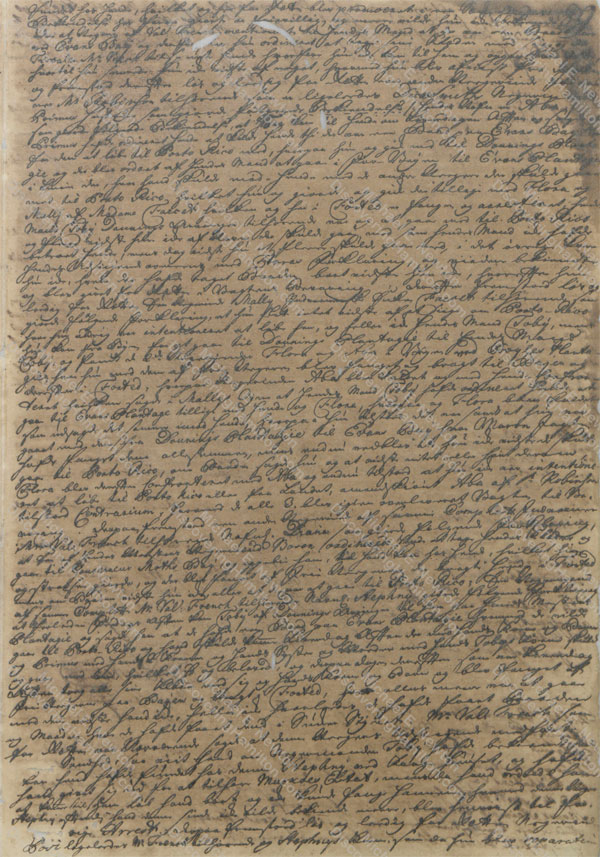 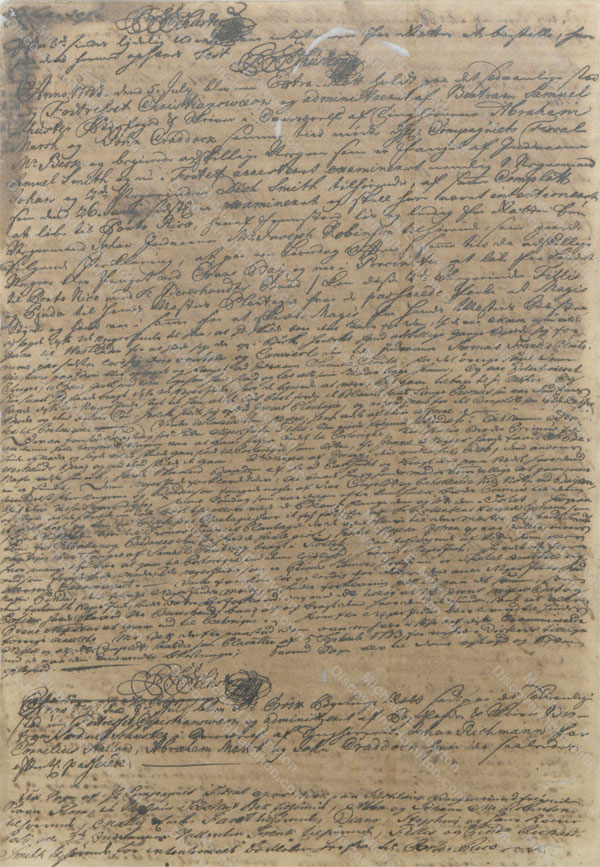 In 1750, Mary Faucett left St. Croix. She must have been in a hurry because she left outstanding debts and at least one slave behind.

In October 1751, a slave named Mali belonging to Mary Faucett was auctioned for 231 rigsdalers. The funds were used to pay off Mary Faucett’s outstanding debts.

As this was the going rate for an unmutilated slave, it might be suggested that the punishment against Mally was never executed. Indeed, according to the matrikels, Mary Faucett had three “capable” slaves at the end of 1747 and the same number the following year. 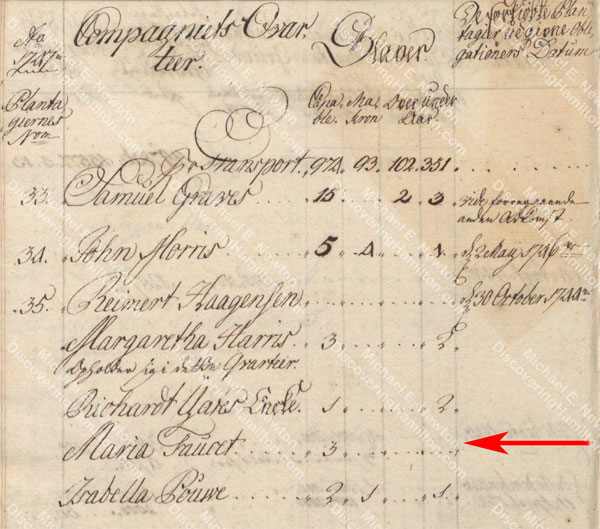 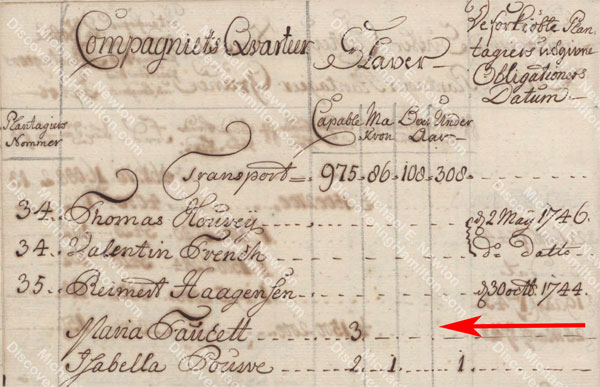 Alternatively, Mary Faucett could have taken the money given her for Mally and purchased another slave with it, thus keeping her holdings at three slaves. Indeed, in 1749, she possessed an additional three minor slaves, which could have been born to her adult slaves, been purchased, or a combination of the two. 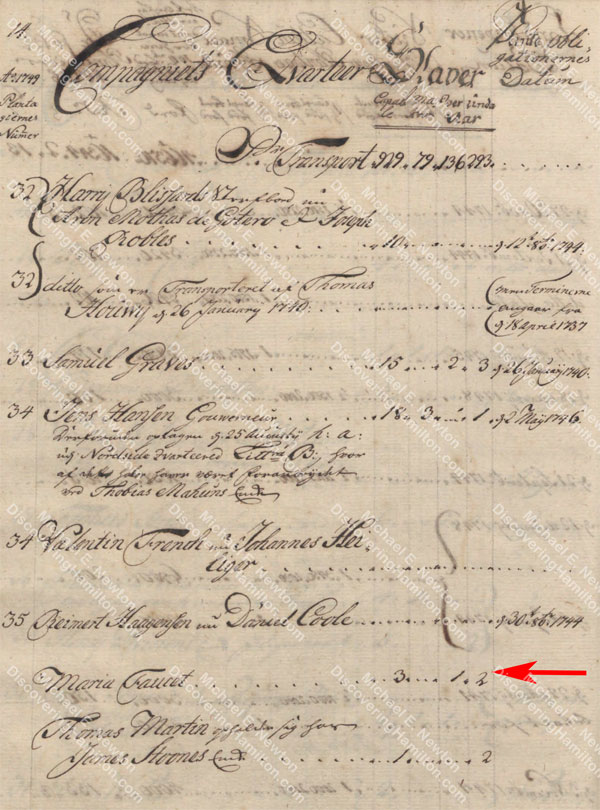 Thus, the Mali auctioned in October 1751 need not be the same as the Mally who was found guilty of plotting desertion in June 1748. Nevertheless, it is possible and no evidence has been found as to whether the brutal sentence was executed against the slaves who plotted to desert St. Croix for Puerto Rico. 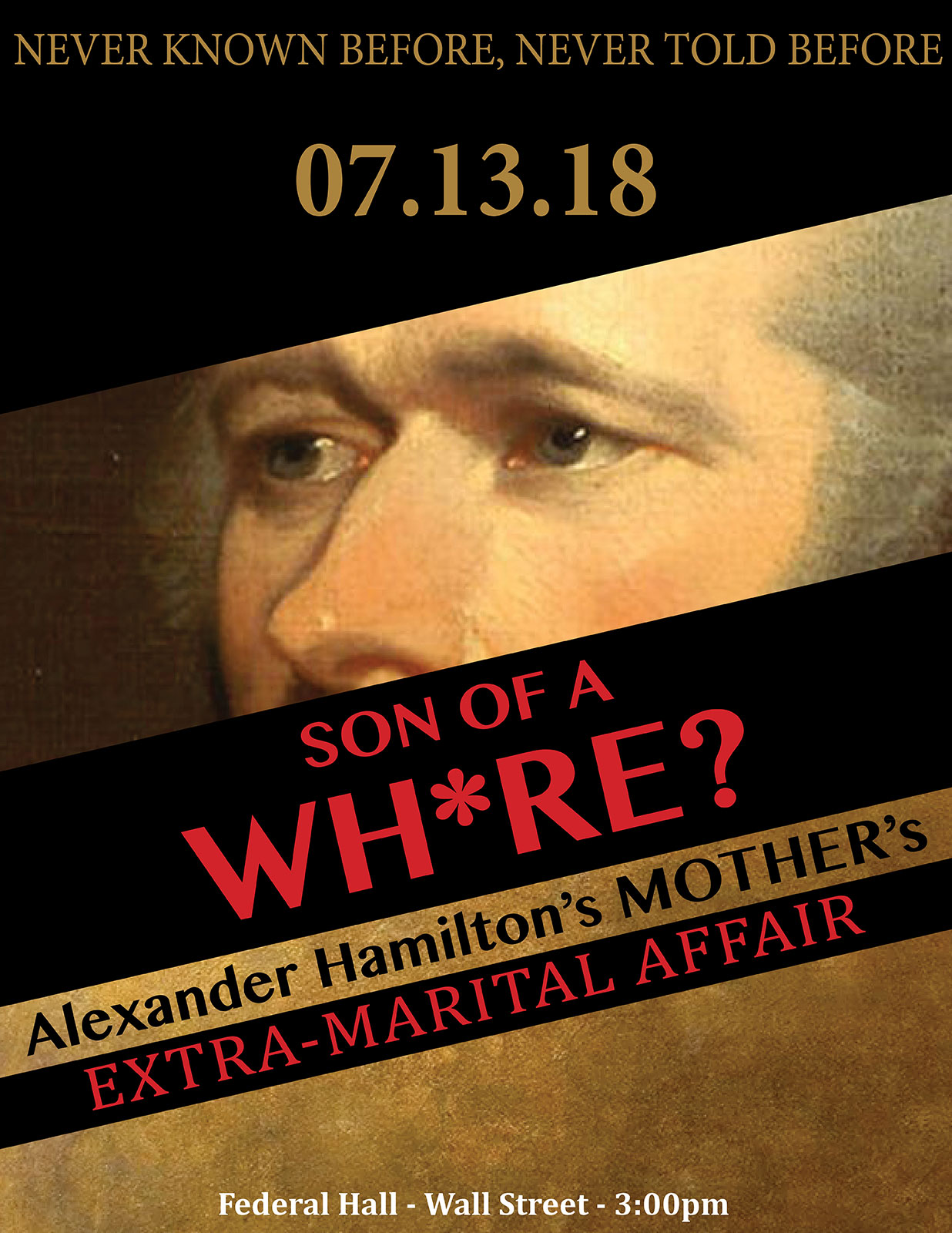 For more details and to RSVP, visit https://discoveringhamilton.com/alexander-hamilton-son-of-a-whore/

© Posted on July 2, 2018, by Michael E. Newton. Please cite this blog post when writing about these new discoveries.