Mary Uppington Faucett (Alexander Hamilton’s grandmother) and her daughter Rachel Faucett (Hamilton’s mother) moved from Nevis to St. Croix in 1745. Rachel Faucett soon married John Michael Lavien and went to live with him on his No. 12 Company’s Quarter plantation. But where did Mary Faucett live on St. Croix?

According to every matrikel from 1745 to 1749, covering her entire time on St. Croix, Mary Faucett lived in Company’s Quarter.

The matrikel of 1745 states that “Maria Facet boer paa James Lyttons land” or “Mary Faucett lived on James Lytton’s land,” i.e., No. 9 Company’s Quarter. It will be recalled that James Lytton’s wife was Ann Faucett, either the daughter or step-daughter of Mary Faucett.

The matrikels for 1746 to 1749 all show Mary Faucett living in Company’s Quarter, but they fail to provide a more precise location. 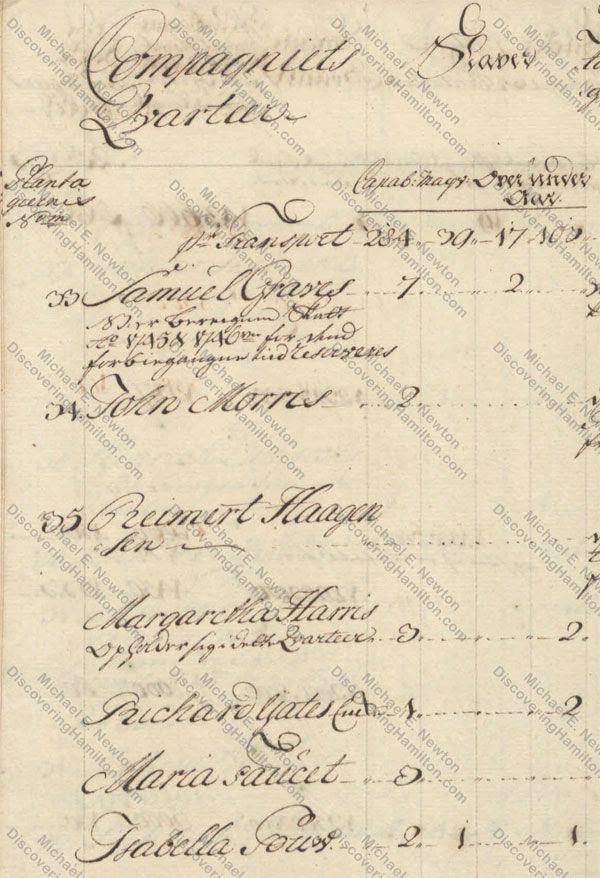 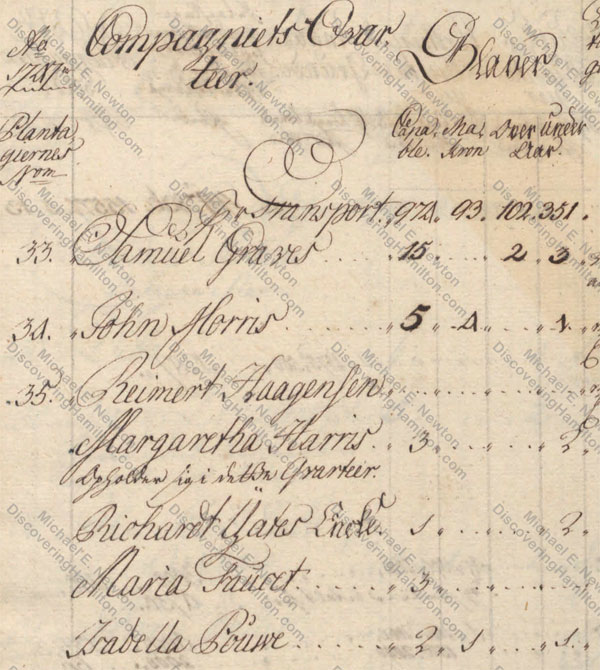 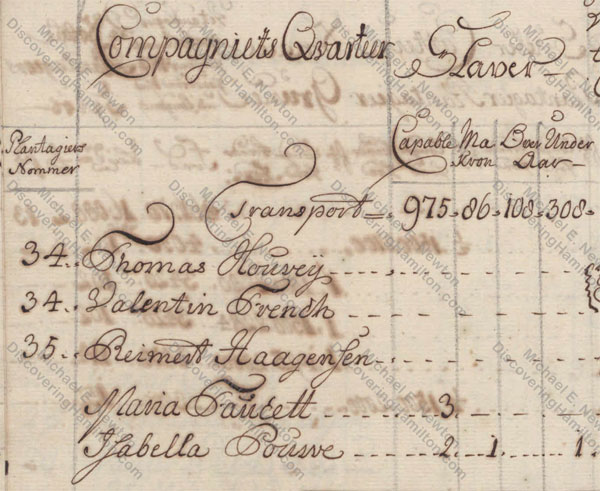 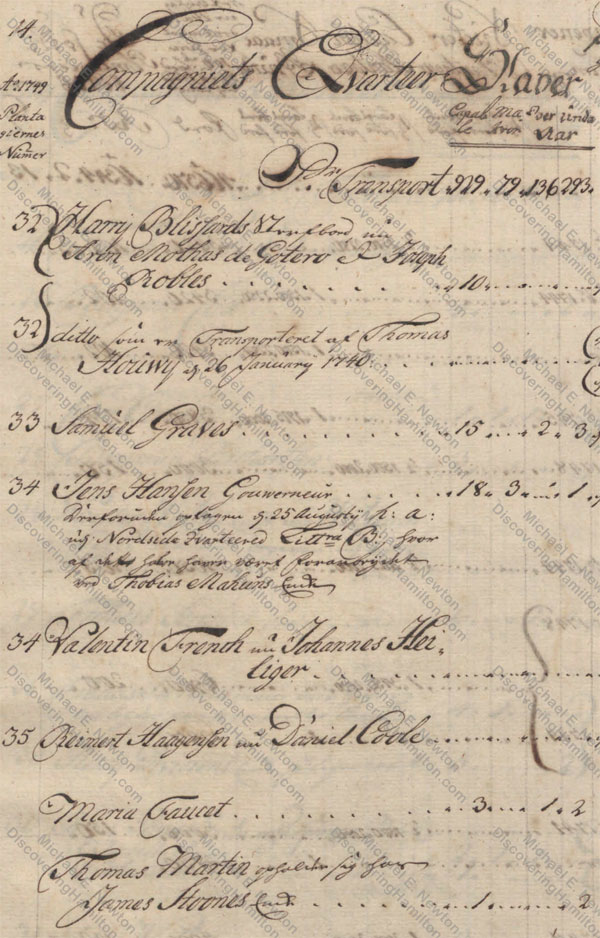 One assumes that Mary Faucett continued to live on James Lytton’s plantation during these years. This, however, is not certain and it is possible she resided part of the time with her daughter Rachel and her husband John Michael Lavien at No. 12 Company’s Quarter.

According to H. U. Ramsing, “In 1747 and 1748 Mary Faucett, with 3 capable slaves, is listed among the residents of Kompagniets Kvarter (The Company’s Quarter). Her residence is not further indicated but probably she did not stay with either Lytton or Lavien but instead with Town Captain Bertrand Pieter de Nully, who owned the plantation Cathrines Rest.”[1]

Based on Ramsing’s statement, Hamilton biographers have repeated this information. Broadus Mitchell commented that Mary Faucett “may have been living on De Nully’s plantation” in 1750.[2] James Flexner remarked, “We know that Mary Faucett was living in St. Croix, but had no residence of her own. She might have been living at the town captain’s and working there in some capacity…”[3] Writing with a certainty not expressed by his predecessors, Ron Chernow reported that Mary Faucett “was living with one of St. Croix’s overlords, Town Captain Bertram Pieter de Nully.”[4]

Moreover, as also pointed out last week, Bertram Pieter de Nully probably was not town captain when Mary Faucett lived on St. Croix, the earliest known record of him having that title being in 1757.

Where did Mary Faucett live on St. Croix?

Mary Faucett’s location from early 1746 until her departure in 1750 thus remains uncertain, but she probably continued to live with James and Ann Lytton at No. 9 Company’s Quarter, though it is possible she also spent some time living with John and Rachel Lavien at No. 12 Company’s Quarter.

This blog needs your support to stay online and to continue the research into the life of Alexander Hamilton, his family, friends, and colleagues.

© Posted on August 6, 2018, by Michael E. Newton. Please cite this blog post when writing about these new discoveries.

One thought on “Where did Mary Uppington Faucett Live on St. Croix?”