The nations of Europe involved themselves in nearly continuous warfare during the eighteenth century. Their colonies in the West Indies were not immune to these conflicts.

Like all colonial powers, Denmark worried about the loyalty of its colonists, especially those who had immigrated from other nations. Accordingly, immigrants wishing to establish residence on St. Croix were compelled “to swear their allegiance to the Danish monarch in accordance with a directive from the Directors of the West India and Guinea Company.”[1] Although no comprehensive catalog of oaths of allegiance from St. Croix has been found, a couple of lists have been located and they include a few persons of interest to the Alexander Hamilton story.

According to a list from 1745, various residents of St. Croix did “promise and swear” to “be faithfull and beare true allegiance to His Majesty the King of Danemarck and Norwegue” and to “the Honorable Royal Danisch Privileged Westindie and Guinea Compagnie.” In the extant record, a Danish copy of this oath of allegiance is followed by an English translation because “most of the residents who had not previously sworn their oath of allegiance were of the English nation” and therefore “the governor found it fitting, upon their request, to have this translated into English for them . . . whereupon each swore his oath.”

According to this list, Edward Evans swore allegiance to the Danish king and the Company on June 15, 1739, while James Lytton gave his oath of allegiance on October 29, 1744. It will be recalled that James Lytton and his wife Ann (née Faucett), the sister of Rachel Faucett and thereby the aunt of Alexander Hamilton, moved from Nevis to St. Croix in 1738. At the same time, Edward Evans and his wife Margaret (née Uppington), who apparently was a relative of Mary Uppington, mother of Rachel Faucett and grandmother of Alexander Hamilton, also moved from Nevis to St. Croix.[2]

It is curious that Edward Evans swore allegiance to the Danish king and the Company more than five years before James Lytton even though they arrived on the island at the same time. While the reason for this difference is unknown, one can speculate as to why:

Also appearing on this list is John Michael Lavien, soon to be the husband of Rachel Faucett. Lavien established residence on St. Croix by May 1744[3] and swore allegiance on March 26, 1745. 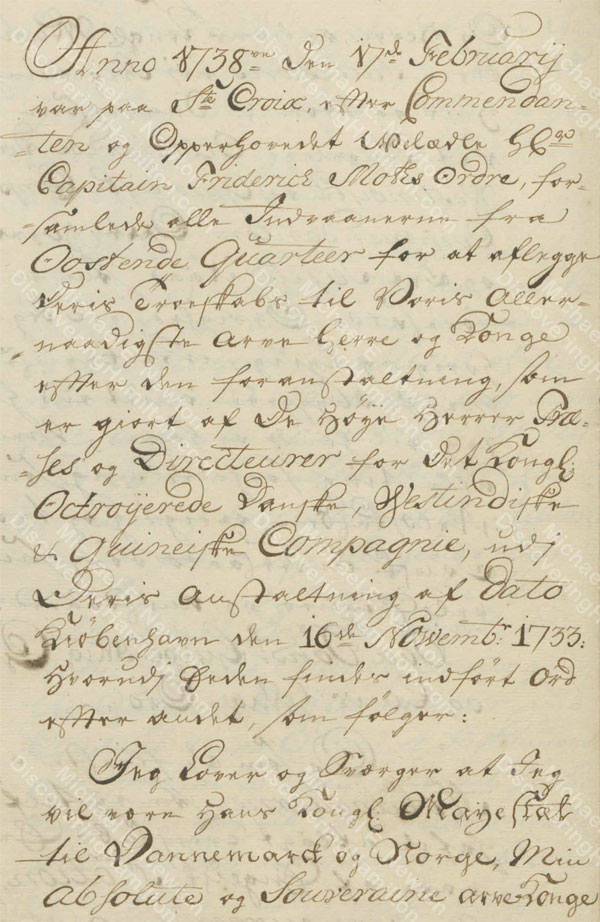 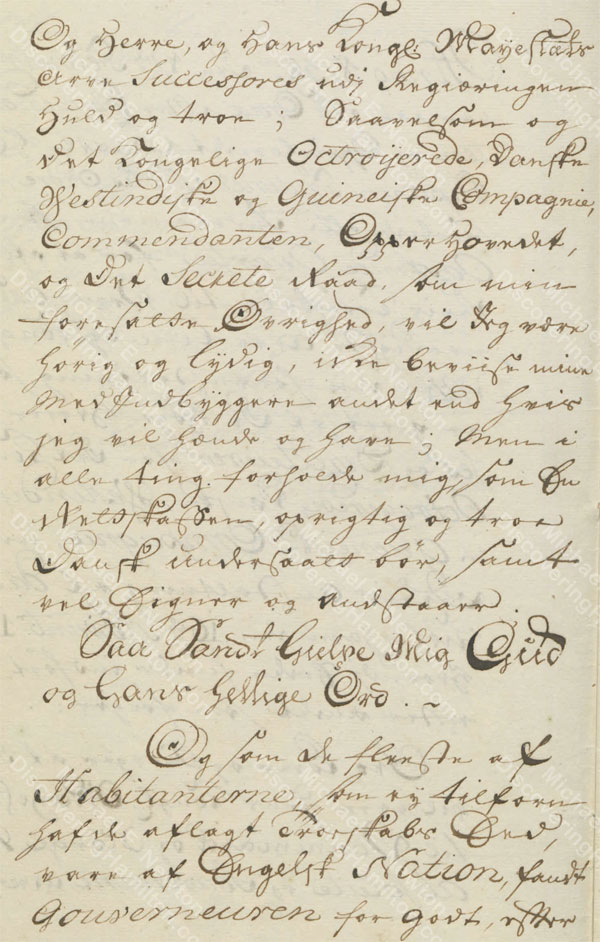 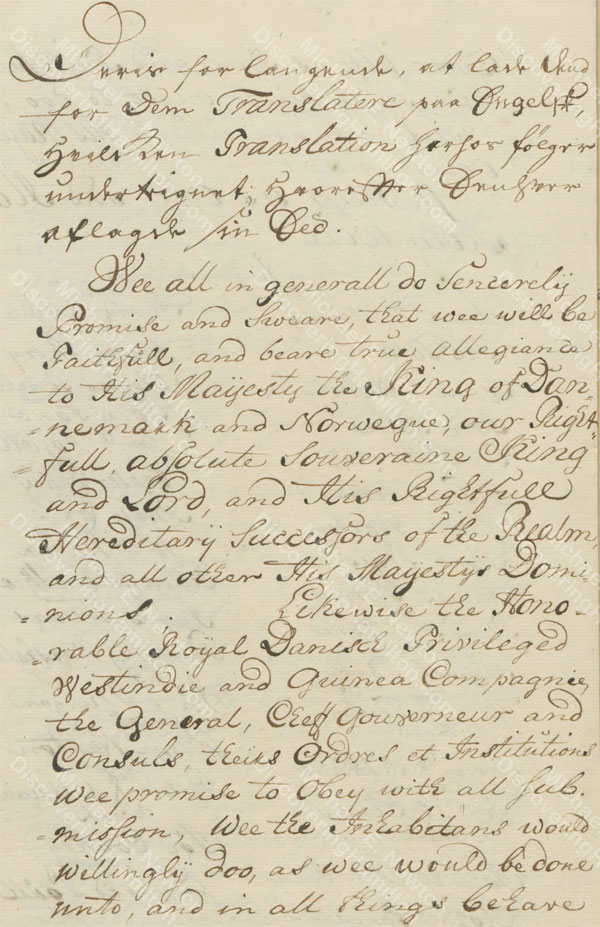 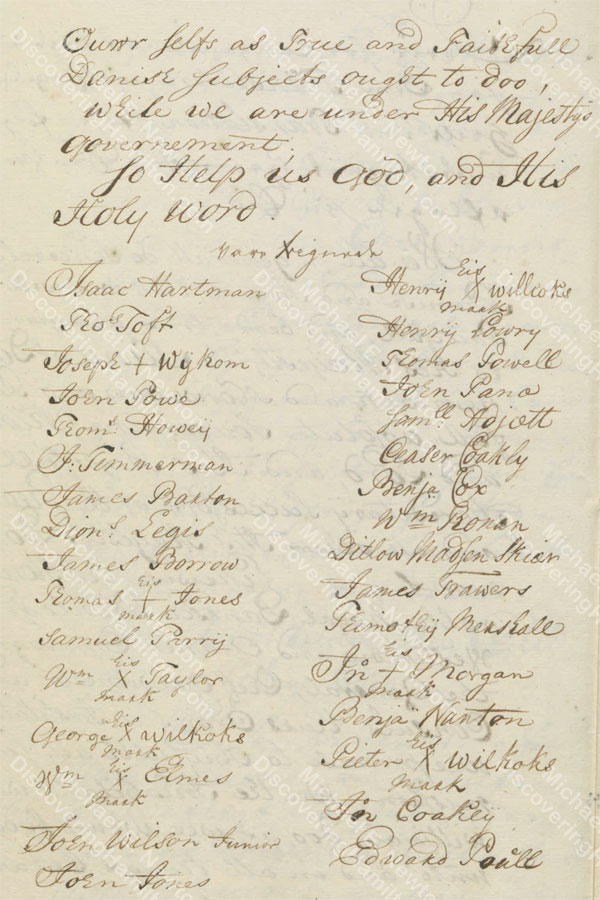 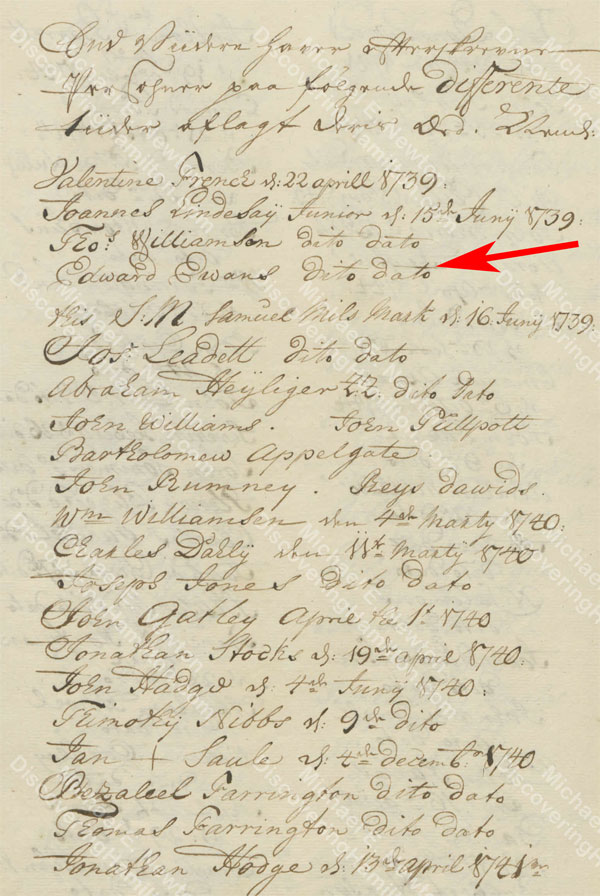 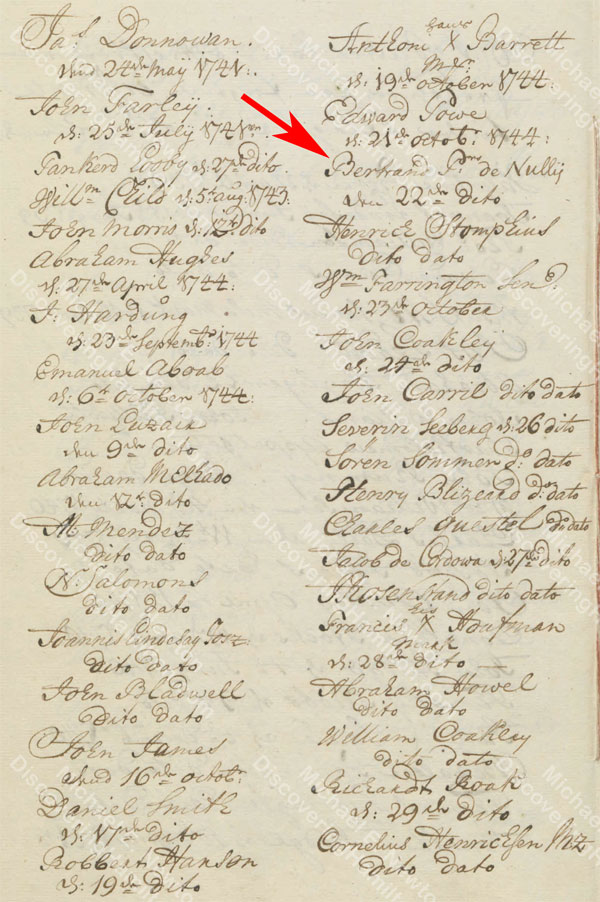 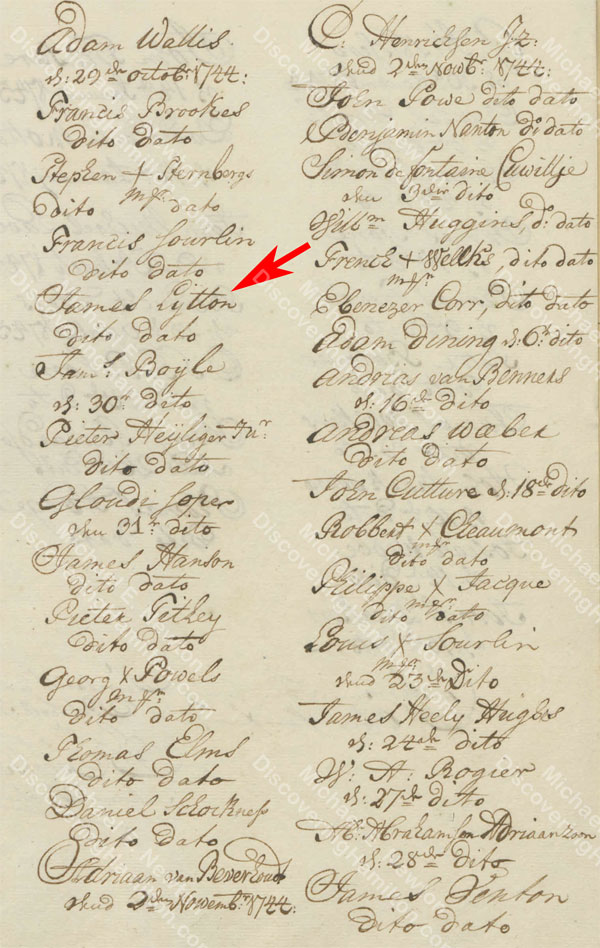 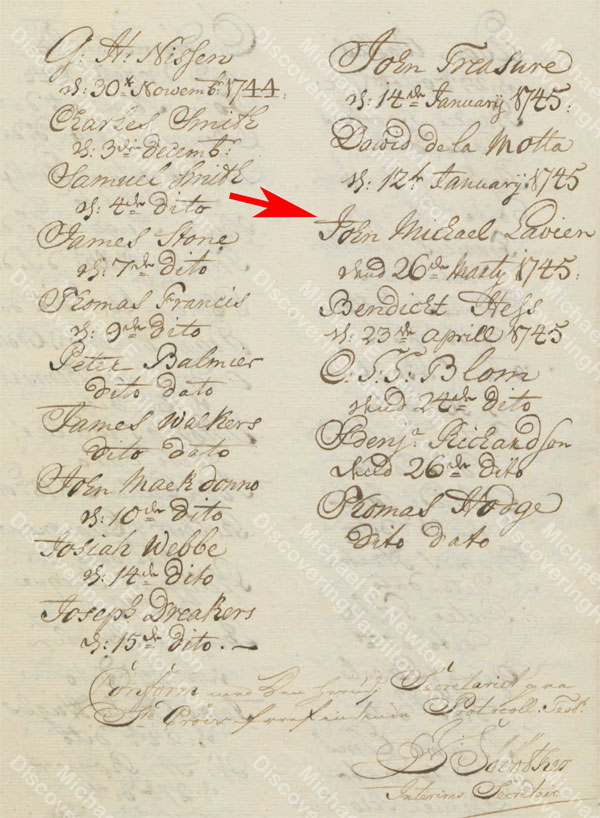 A second list of oaths of allegiance (with virtually the same wording as the 1745 oath) was recorded in 1746. In this record, the residents of St. Croix swore their oaths of allegiance in one of three different languages: Danish, Dutch, and English. Again, a number of people involved in the Hamilton story appear in this list.

A couple of things to note here: 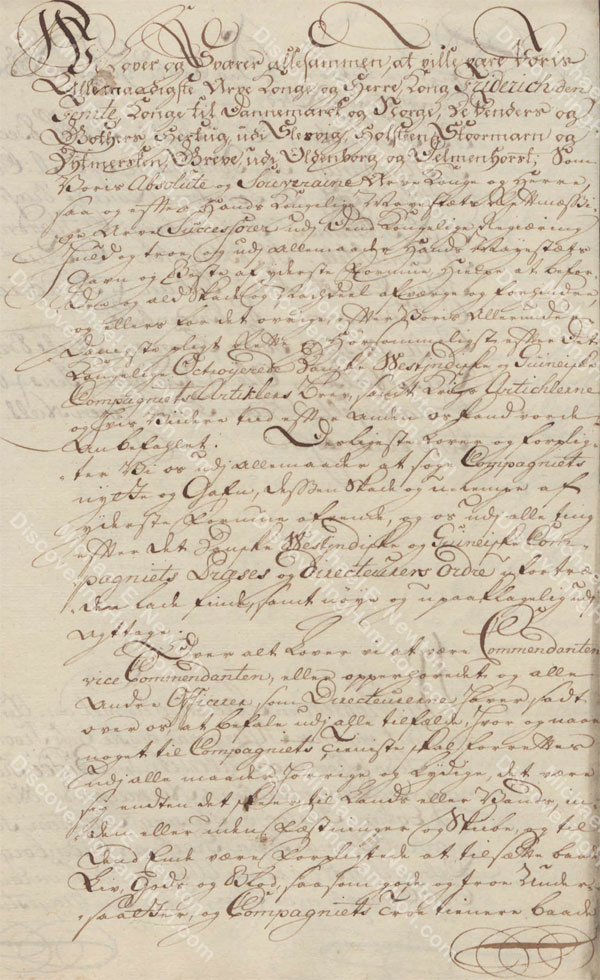 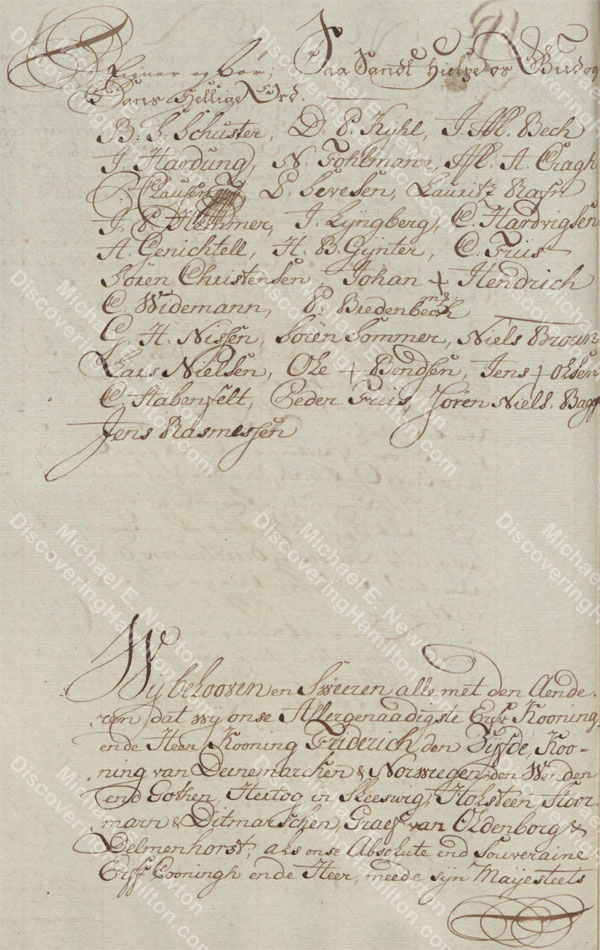 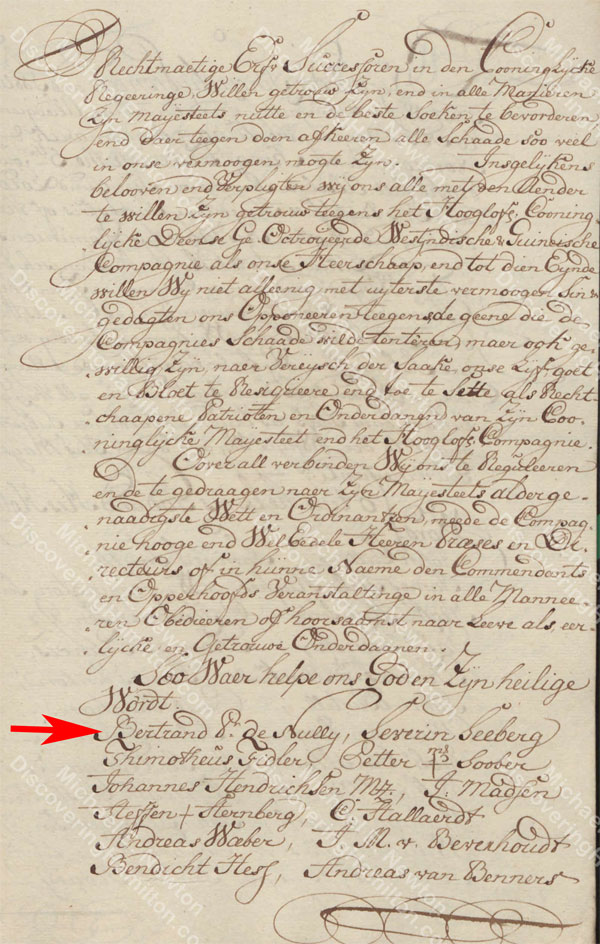 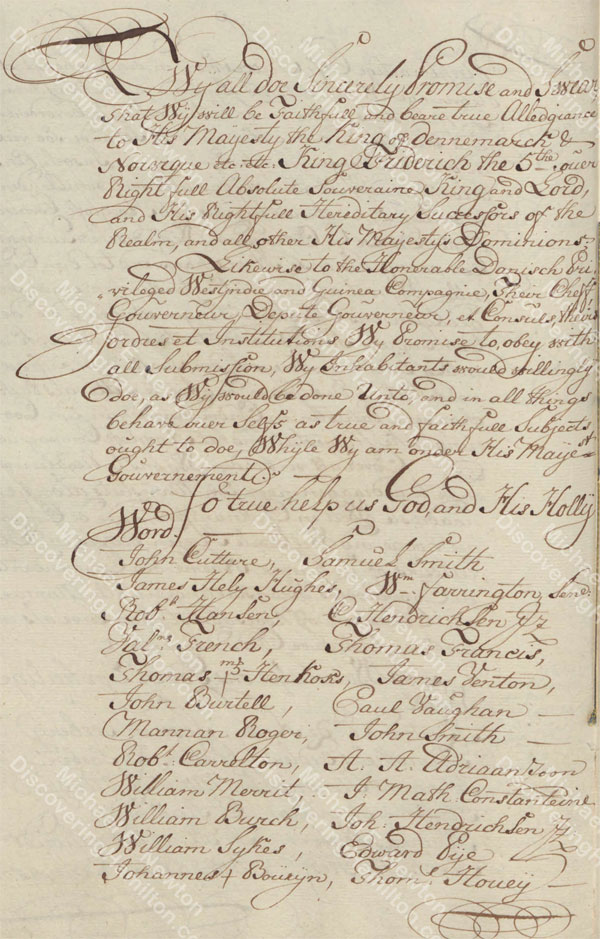 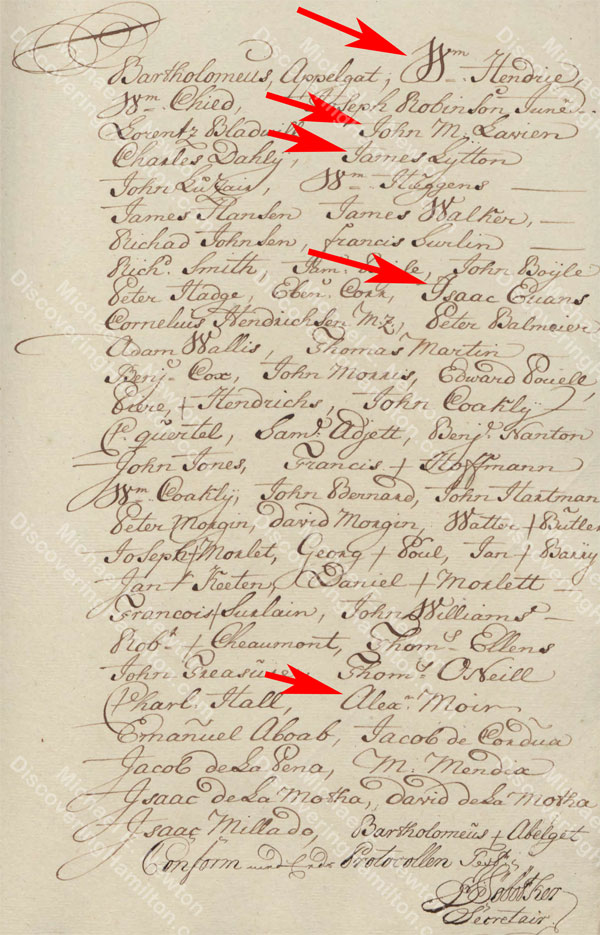 Thus, these oaths of allegiance are not just interesting as historical footnotes, but they also tell us something about those who swore them.

[1] Thank you Prof. Daniel Hopkins for translating the Danish sections of these documents.

© Posted on December 18, 2018, by Michael E. Newton. Please cite this blog post when writing about these new discoveries.