Despite what people think, I am not a writer. I am a historian and research who shares what he finds and the implications of these discoveries. Accordingly, I have struggled to come up with the words to properly mark the recent passing of Rand Scholet, the founder of the Alexander Hamilton Awareness Society (“AHA”) and a dear friend.

Rand first found me in 2012 (I believe) as I was tweeting about Hamilton, long before my first book about Hamilton was published. He must have seen some potential because he was soon encouraged me in my work. We talked on the phone quite frequently. At times, it seemed like almost every day. It probably was. As my Hamilton research deepened, Rand was often the first person I called to share my new discoveries. He returned the favor by calling me frequently to share AHA’s upcoming plans and get my thoughts.

Through the years, Rand introduced me to Hamiltonians from across the country, many of whom are now close friends. Rand invited me to speak at AHA events and, as if acting as my publicist and agent, got me speaking gigs elsewhere as well. Rand and I gave lectures together and I recall travelling with him through upstate New York and in Virginia to give lectures. I can still hear his giddy excitement and deep laugh as I write this. Rand was a great champion of Hamilton and supporter of my work, and he will be greatly missed.

“I have been much indebted to the kindness of the General, and he was an Aegis very essential to me.” ~ Alexander Hamilton to Tobias Lear about the death of George Washington

I believe that the best way to honor Rand Scholet is to continue his work, which was to spread greater awareness about the greatness and importance of Alexander Hamilton. While Rand is well known for that mission, perhaps less well known was something he often said to me, which is that he wanted to spread “true and accurate” information about Alexander Hamilton. Like me, he believed there was too much misinformation about Hamilton and he wanted truth and accuracy to win out. Rand believed that true and accurate information would lead to greater awareness of Hamilton’s greatness.

So it is this mission—to spread true and accurate information about Hamilton—that we must continue, and in doing this the world becomes more aware of Alexander Hamilton’s greatness and importance.

Photos of the author with Rand Scholet 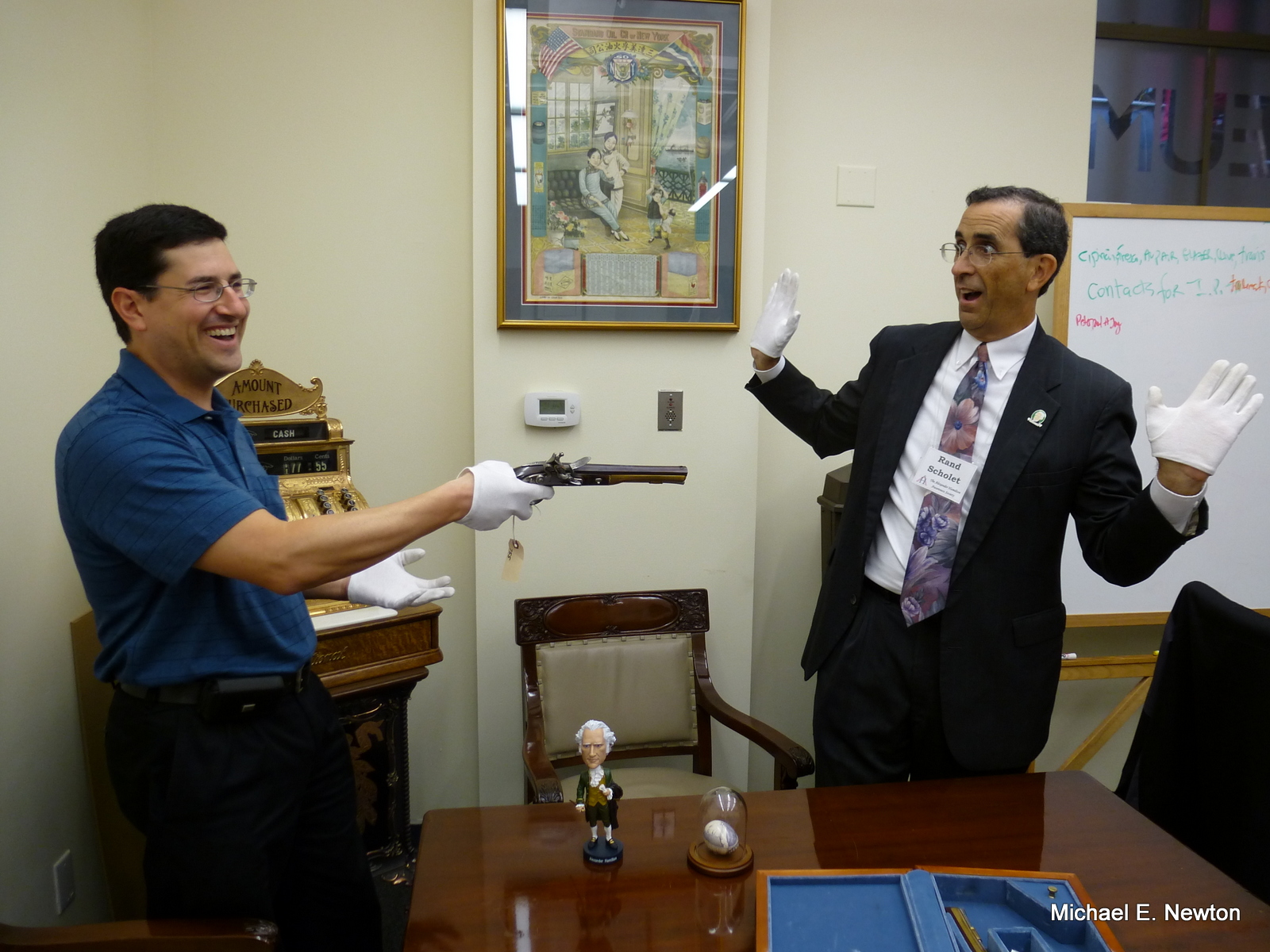 The author and Rand Scholet goofing around with the official replica dueling pistols, at the Museum of American Finance, July 12, 2012. 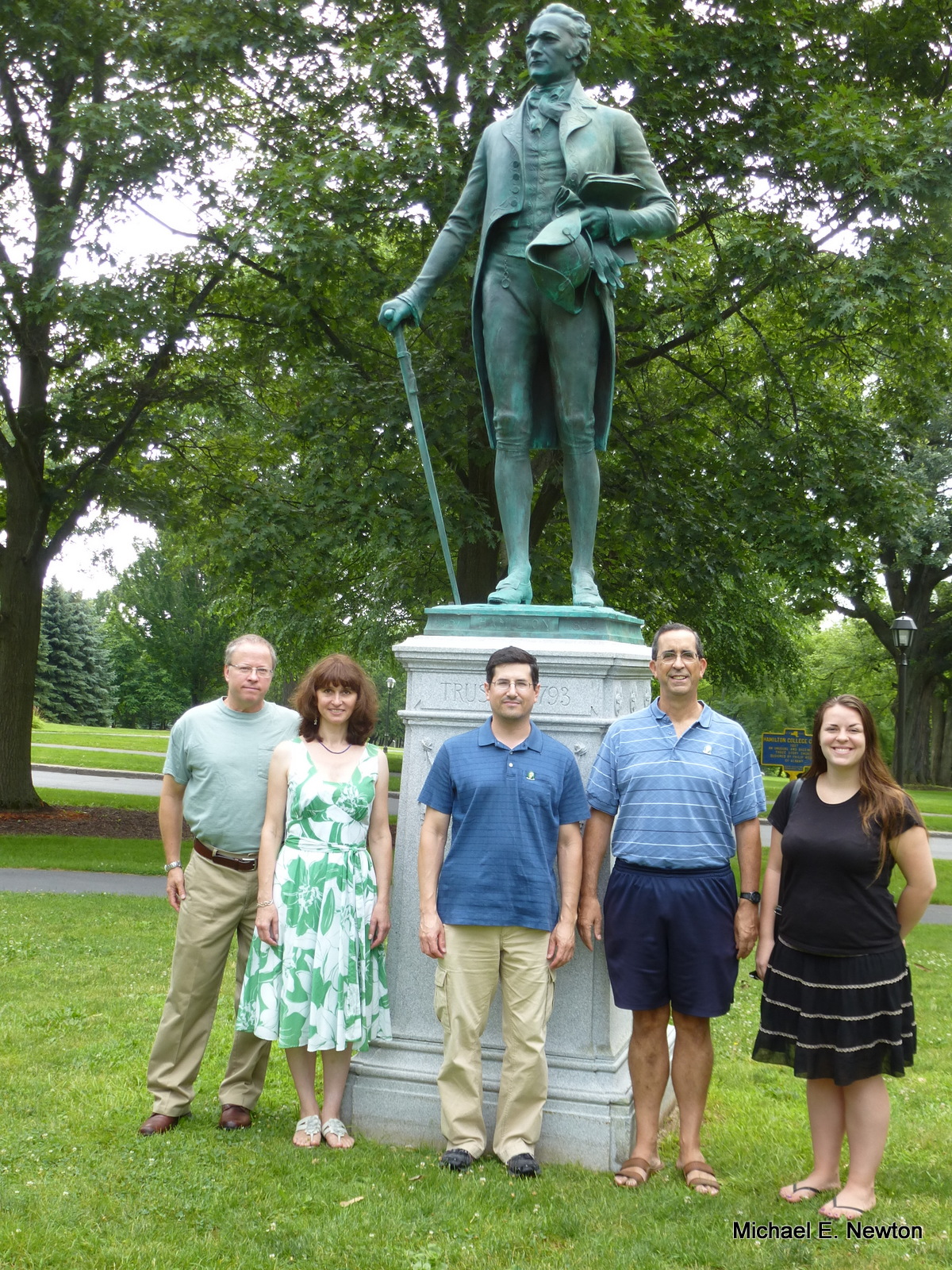 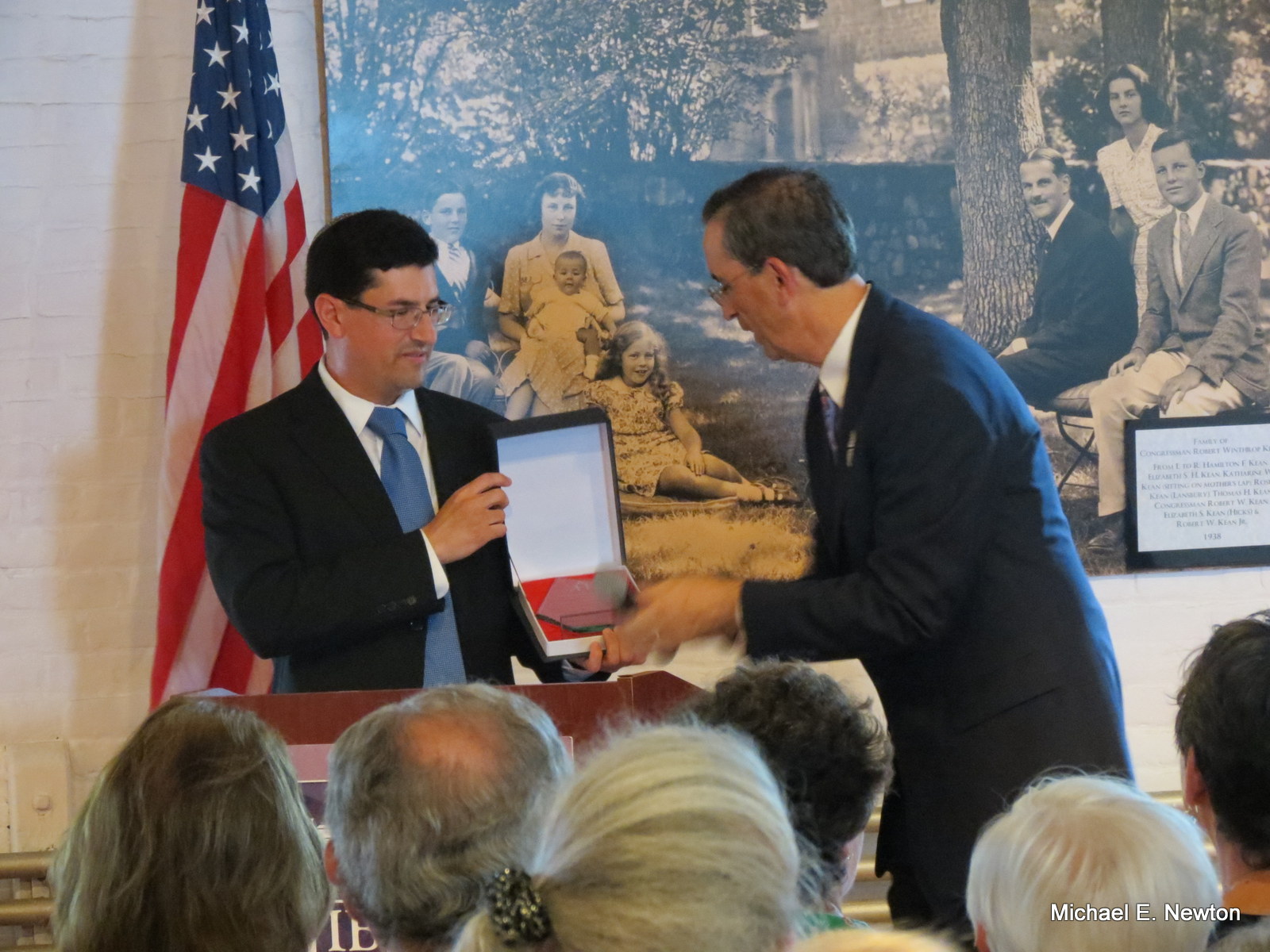 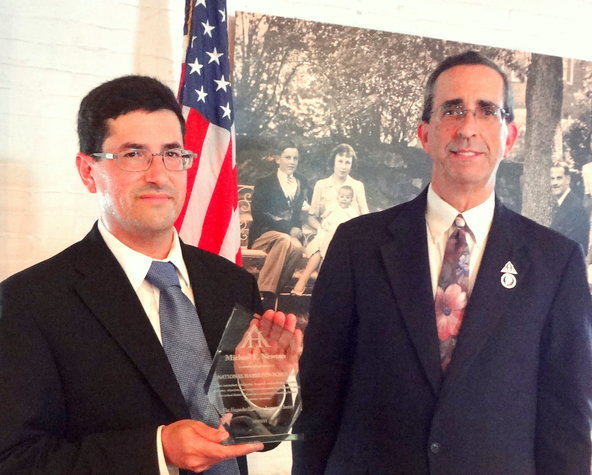 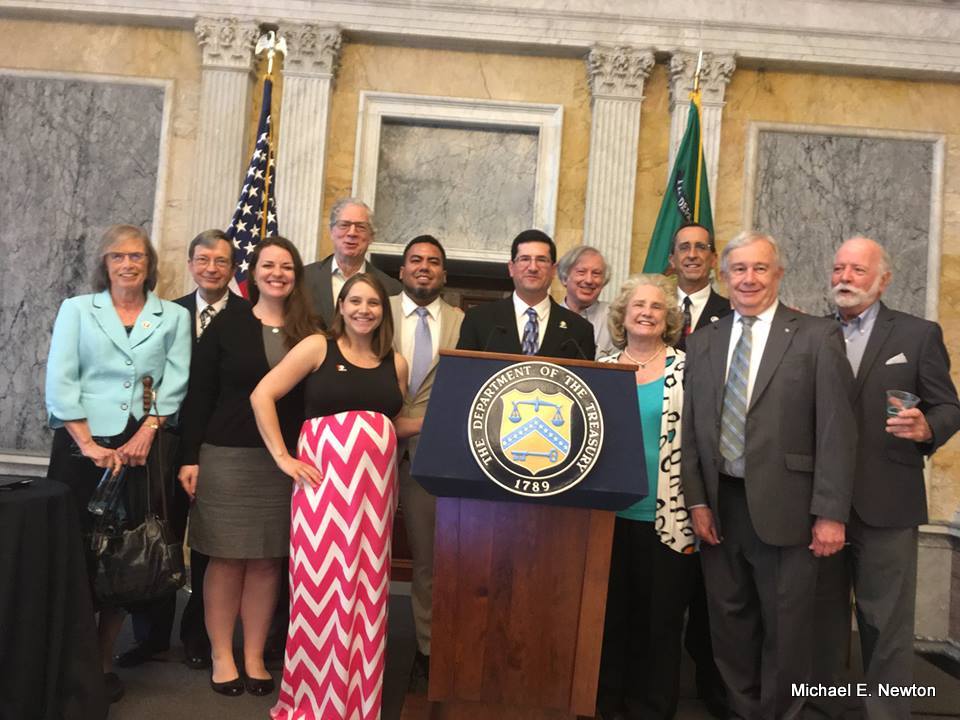 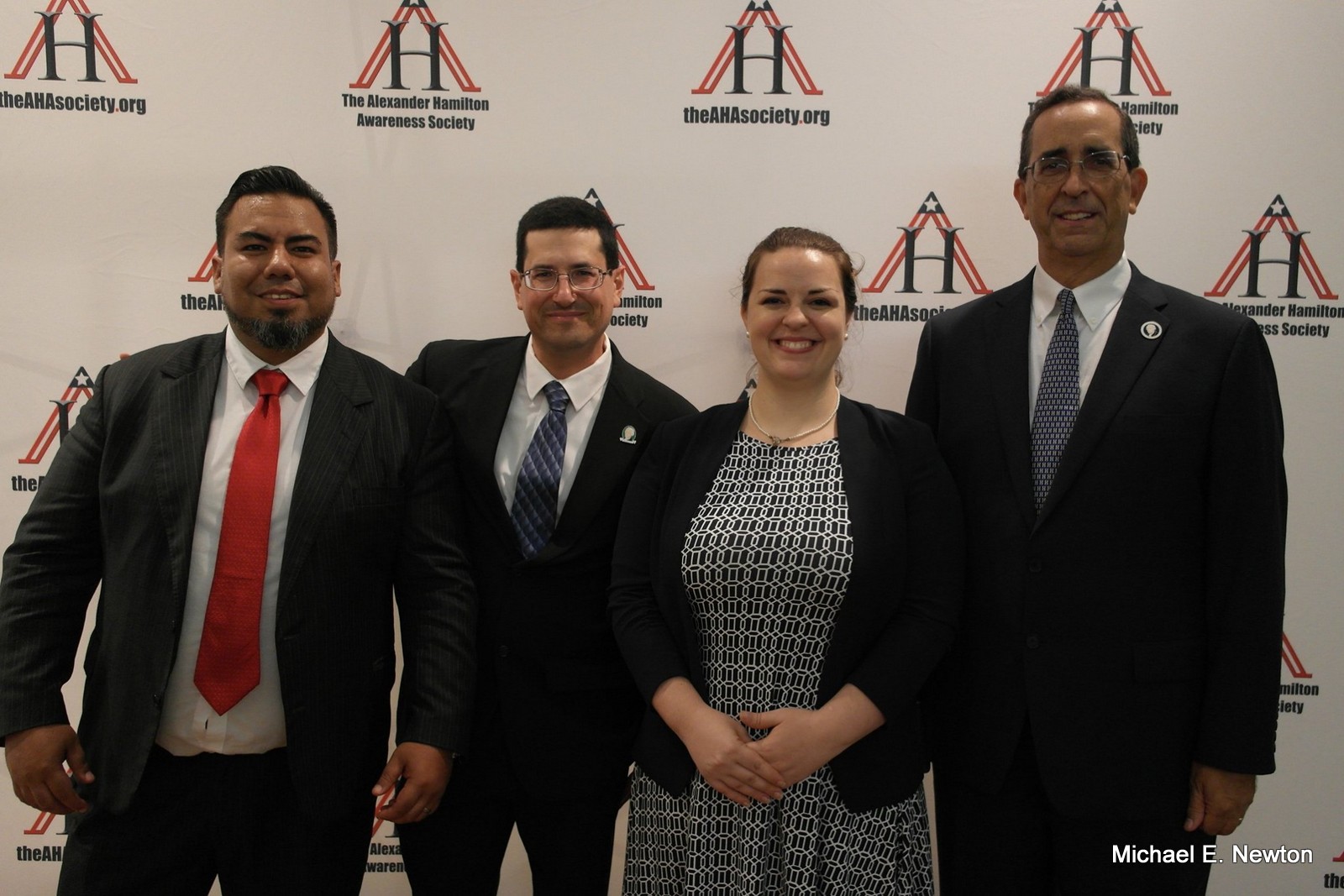 © Posted on August 12, 2021, by Michael E. Newton. Please cite this blog post when writing about these new discoveries.